Dr. Long was born and raised in a small town in southern West Virginia. He is the youngest of four boys and has always looked up to his three older brothers, who have helped him tremendously throughout his life. Growing up he spent most of his time outdoors or playing sports. Dr. Long always knew he wanted to be a healthcare professional,but decided to pursue a career in dentistry during his first year of college, after spending time at his brother’s dental office.

Dr. Long met his wife Brittany, when he was seventeen years old. They dated throughout high school and college, then were married in 2010. Dr. Long graduated from Marshall University with a Bachelor of Science degree in Biology. The next fall, he attended West Virginia University School of Dentistry and spent four years in Morgantown, WV. During this time, Dr. Long and Brittany started their family with their first son, Brody in 2014. Other than spending time with his family, Dr. Long attended many WVU football games and enjoyed spending time outdoors.

The Longs moved to Wilmington in 2016 to pursue Dr. Long’s dental career. They love the beach and warm weather, so coastal NC seemed to be the perfect place to live. After only a few months, they fell in love with Wilmington and knew they had found their new home. Soon after their move, their second son, Grayson was born.  Dr. Long and his family now live in the Porters Neck area and are active members of Coastal Community Baptist Church.

To this day, Dr. Long’s greatest pleasure is spending time with Brittany and the boys. Brody is four and enjoys superheroes, toy weapons, and anything outside. Grayson is two and loves to “Hulk Smash”, play with Brody, and wrestle with “Da-da”. Dr. Long truly loves being a father and is excited to share with his sons his love for God, the outdoors, and the WVU Mountaineers. 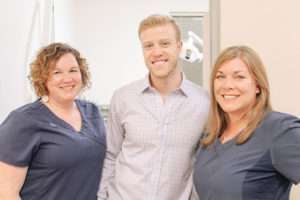 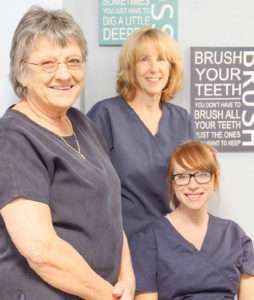 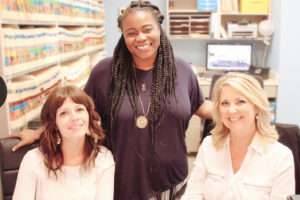 Your smile is one of the first things that people notice about you. One way to make a lasting imp... 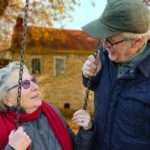 Taking care of your dentures can seem like an added chore. Don’t worry, with a little effort your...

As a parent, the best way to help ensure your child has a lifetime of healthy teeth is to help th...